Pat McManus is a National Certified Addiction Counselor (NCAC), who founded Rock In Prevention (Rock) with television executive Ray Johnson in 1990.  The Iowa Broadcasters Association was the founding sponsor. 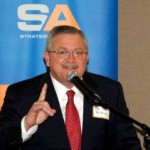 Prior to establishing Rock, Pat counseled severely addicted teens in a hospital treatment center and witnessed the devastating effects of alcohol and drug use.

Pat worked passionately to help the teens rebuild their lives.

From the teens’ suggestions, Rock determined that its professionals should train local high school students as mentors, using music to teach younger students the methods and skills to make healthy choices.

Neighborhood by neighborhood Rock has now helped more than 1.5 million children and adults since 1990.  Rock is evidence based.

Rock has developed alcohol, tobacco and other drug prevention, bullying prevention and character education programs. Classroom and Family Follow Up Guides and CDs help comprehensively reinforce the skills taught at school and in the home.

We are introducing Rock PLUS, a music based, health and wellness, personal and social skill curriculum that increases parental Involvement in their child’s education. 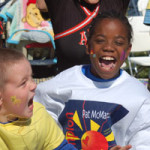 The Richard O. Jacobson Foundation has awarded Rock a large grant to create a long term reserve fund to help keep costs down for schools.

Iowa State University researchers have completed a multi-year study on program outcomes.  Rock has been honored as one of the 20 best prevention programs in the US by Drug Czar General McCaffrey.   The award was given on behalf of the Office of National Drug Control Policy (ONDCP), Center for Substance Abuse Prevention (CSAP), and the Substance Abuse and Mental Health Services Administration (SAMHSA).

Today, Rock In Prevention is excited about making new discoveries and will continue to connect the dots of increasing parental involvement, student supports, guidance, literacy and the academic goals of schools to help children live to their fullest potential.

There are so many great ways to get involved. Make a difference in a child's life to prevent bullying and drug use. Every dollar makes a difference.
DONATE